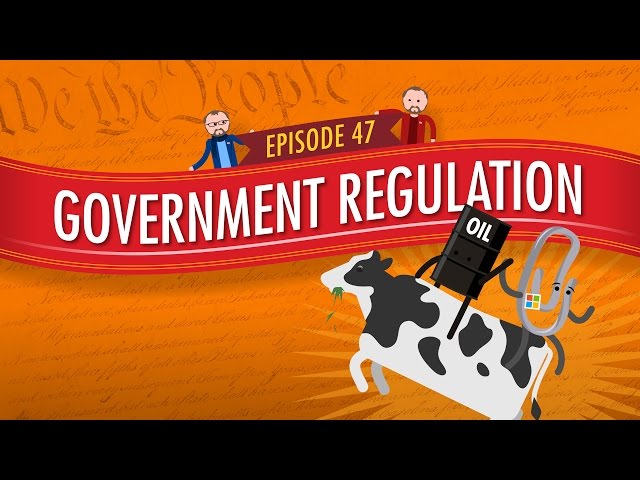 How Did the Us Congress Act to Regulate Business Practices?

The early days of Congress and business regulation

The early days of Congress were spent mostly on matters related to the organization of the new government and the admission of new states. However, even in these early years, some members of Congress were already thinking about how the federal government could use its power to regulate business practices.
One of the first business-related laws passed by Congress was the Tariff Act of 1789. This law placed taxes on imported goods in order to protect American businesses from foreign competition. Other early laws included the Patent Act of 1790, which granted exclusive rights to inventors and manufacturers to produce and sell their products, and the Copyright Act of 1790, which did the same for authors and publishers.
As America industrialised in the 19th century, Congress passed a number of laws aimed at regulating different aspects of business. For example, the Interstate Commerce Act of 1887 regulated railway rates and prohibited discrimination against certain shippers. The Sherman Antitrust Act of 1890 prohibited monopolies and other anticompetitive practices. And the Federal Reserve Act of 1913 created a central banking system to help stabilize the economy.
These early laws laid the groundwork for many of the business regulatory agencies that exist today, such as the Securities and Exchange Commission (SEC) and the Federal Trade Commission (FTC).

The growth of industry and the rise of big business

The growth of industry and the rise of big business led to the development of a new type of economy in the United States. In this new economy, businesses were organized differently than they had been in the past. They were much larger and their owners were more removed from day-to-day operations. This created new challenges for the government, which was not accustomed to regulating businesses on such a large scale.
In response to these challenges, Congress passed a series of laws in the late 1800s and early 1900s that aimed to regulate business practices. These laws included the Sherman Antitrust Act, the Federal Trade Commission Act, and the Clayton Antitrust Act. These laws established new rules for how businesses could operate, and they gave the government new tools for enforcing those rules.
The Sherman Antitrust Act was passed in 1890. It prohibited agreements between businesses that restrained trade or limited competition. The act also gave the government the power to bring lawsuits against companies that violated its provisions.
The Federal Trade Commission Act was passed in 1914. It created the Federal Trade Commission (FTC), which is an independent government agency responsible for enforcing antitrust laws. The FTC also has authority to investigate and punish unfair or deceptive business practices.
The Clayton Antitrust Act was passed in 1914. It amended the Sherman Antitrust Act by prohibiting certain types of anticompetitive mergers and acquisitions, and it gave regulatory agencies like the FTC greater authority to take action against anticompetitive practices.

How Do Businesses Make Profit?

The Progressive Era and the fight for reform

The Progressive Era was a period of time in the late 19th and early 20th centuries when there was a surge of reform movements in the United States. These movements were in response to the many problems that had arisen during the country’s rapid industrialization, such as corruption, income inequality, and dangerous working conditions.
One of the ways that reformers sought to address these problems was by trying to regulate business practices. Some of the key pieces of legislation that were passed during this time period include the Sherman Antitrust Act, the Federal Trade Commission Act, and the Clayton Antitrust Act. These laws helped to break up monopolies, protect consumers from false advertising, and establish labor unions.
While these laws did help to improve some of the conditions that existed during the Progressive Era, they were not perfect. For example, they did not do anything to address the problem of child labor. It would take many more years and much more legislation before all of the problems associated with industrialization could be fully addressed.

The New Deal and the regulatory state

In response to the Great Depression, the US Congress enacted a number of laws designed to regulate business practices. These laws, collectively known as the New Deal, established a new role for the federal government in the economy. The New Deal expanded the power of the federal government to regulate commerce and protect workers and consumers. It also created new agencies, such as the Securities and Exchange Commission and the Federal Deposit Insurance Corporation, to oversee different aspects of the economy.
The New Deal was a response to the economic turmoil of the Great Depression, but it also laid the groundwork for the modern regulatory state. The agencies created by the New Deal continue to play an important role in regulating commerce and protecting workers and consumers.

How Do Business Bank Accounts Work?

The post-war era and the rise of consumer protection

After the end of World War II, the United States saw a period of unprecedented economic growth. With more spare income and leisure time, Americans began to spend more on consumer goods and services. This newfound purchasing power led to a boom in businesses that were quick to capitalize on the new demand. Unfortunately, not all of these businesses had the consumer’s best interests at heart. In response to growing reports of fraud, deception, and unfair business practices, the US Congress passed a series of laws aimed at protecting consumers from unscrupulous businesses. These laws established important protections that we take for granted today, such as mandatory product safety standards, required disclosure of pricing and terms, and bans on false advertising. Thanks to these laws, Americans can be confident that they are getting what they pay for when they make a purchase.

The modern era of business regulation

In the late 1800s and early 1900s, the United States experienced a period of great business expansion. New technologies and mass production techniques resulted in large corporations that could produce large quantities of goods at relatively low prices. This led to increased competition and a race to the bottom in terms of worker wages and working conditions. In addition, these new corporations had tremendous political power and influence. As a result, there was very little regulation of business practices.
This began to change in the early 1900s, as public opinion began to turn against the big businesses. There were a number of high-profile cases of businesses exploiting workers or engaging in unsafe practices. As a result, the Progressive Era saw a wave of reform, and the US Congress began to act to regulate business practices.
The first major piece of legislation was the Sherman Antitrust Act of 1890. This act was designed to prevent companies from monopolizing an industry or engaging in unfair trade practices. It was followed by the Clayton Antitrust Act of 1914, which prohibited certain anti-competitive tactics and strengthened government enforcement powers.
During this same period, Congress also passed a number of laws regulating working conditions and labor relations. The most important of these were the Pure Food and Drug Act (1906), which regulated food safety, and the Federal Employers Liability Act (1908), which made employers liable for injuries suffered by their workers on the job.
Since then, Congress has passed numerous other laws regulating business practices in areas such as environmental protection, consumer safety, equal opportunity, and securities trading. The modern era of business regulation has its roots in this wave of Progressive Era reform.

How Do Business Owners Get Paid?

The challenges of today

The challenges of today cannot be met without the participation and leadership of the business community. We must all work together to find solutions to the big problems we face: creating jobs, improving education and training, protecting our environment and ensuring our safety.